The band Baby Soft was formed in 1974. Menley & James marketed this Product. Menley & James, an imprint of the pharmaceutical bigwig Smith & Kline, had already marketed beauty products to young women for several years. However, when Baby Soft introduced their products, the company’s concept of “young women” was revealed to be gross. Baby soft products were not meant for “young women” but for girls who looked forward to becoming women in the future.

The perfume’s slogan was “because innocence is sexier than you think,” Its most beguiling, bewildering magazine advertisement featured a very young girl with a creepy adult face: the proto-JonBenet. During their early TV commercial, a young woman timidly fellated a lollypop. At the same time, a creepy male voiceover explained that the fragrance captured the scent of “a cuddly, clean baby that grew up very sexy.” The 1974 Gimbels advertisement in The New York Times called Baby Soft “the new way for big girls to baby their bodies.” It assured that it was “created with Gimbels’ young customer in mind.” Someone, somewhere, seemed unsure of the difference between babies, girls, and women. Baby Soft wasn’t the very first perfume marketed to the coming-of-age set, but it was the first smash hit.

In the 1980s, Baby Soft shifted its marketing focus from ‘Sexy Baby’ to the Weapon of clandestine feminization. It was a time when shoulder pads dominated the fashion scene – a time when women were confused between being strong and being masculine. An advertisement from this era depicted a cool tomboy with her dude friends and the message, “underneath it all; she’s baby soft.” The girls at Love’s were trying to figure out how to have it both ways. Additionally, the fragrance went all out when cornering the pre-teen market. 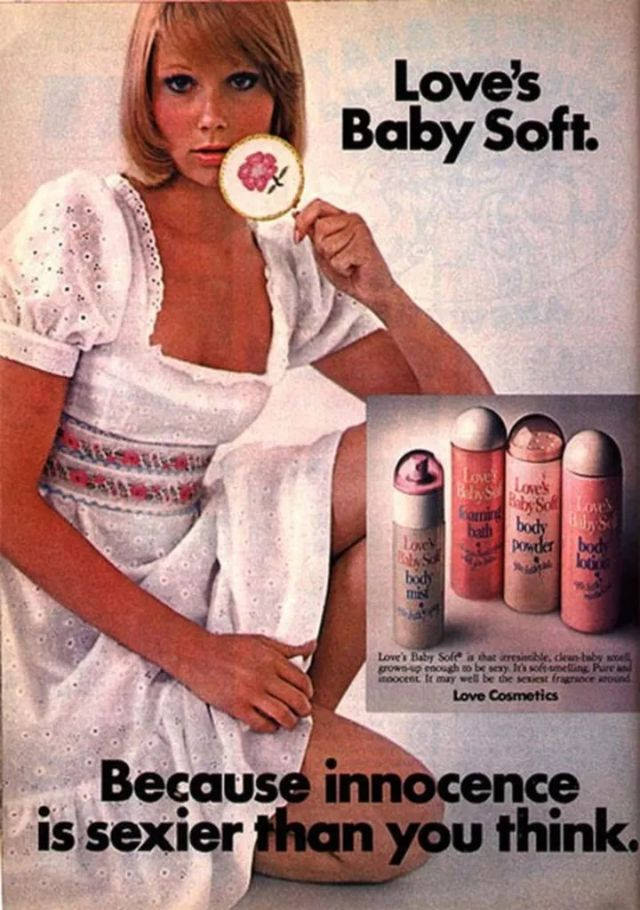 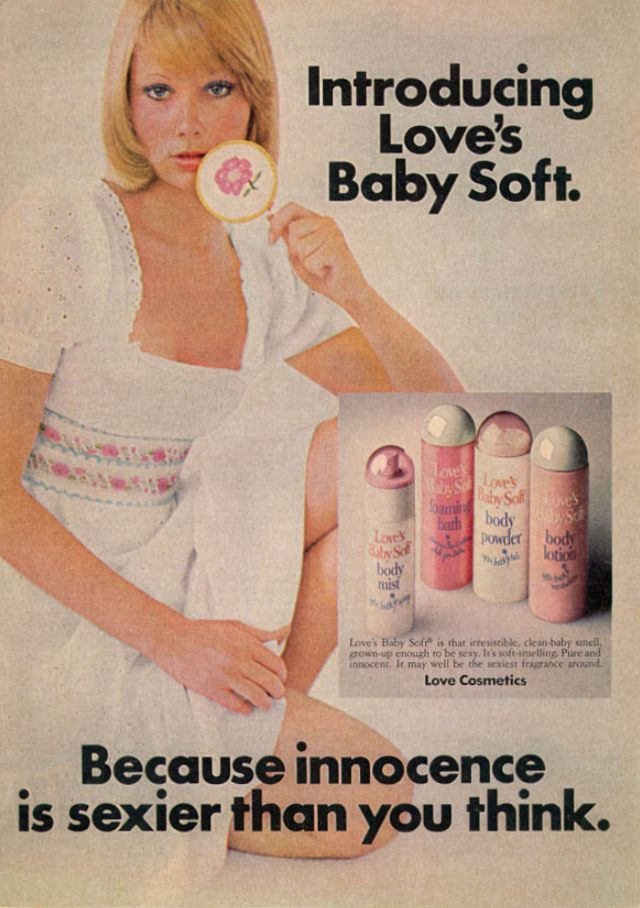 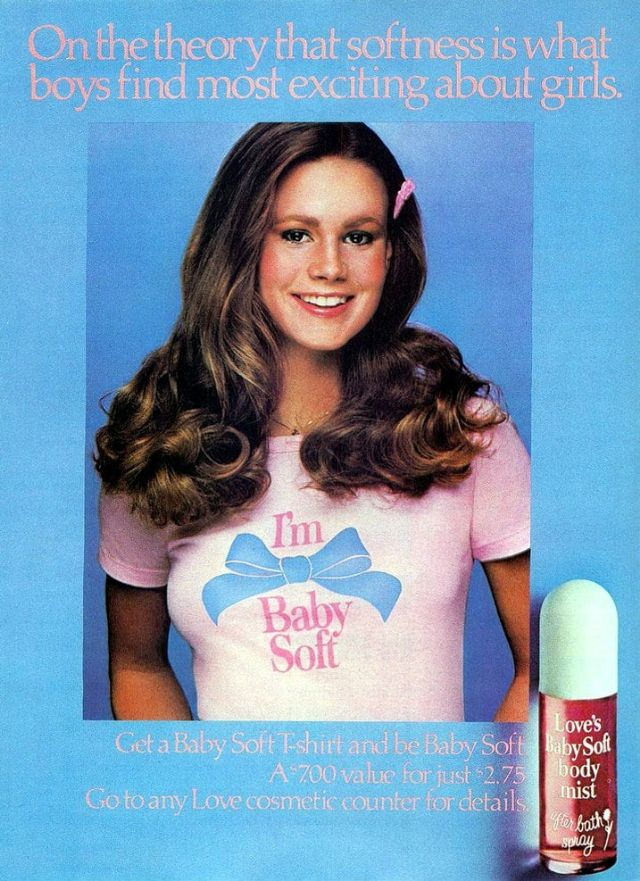 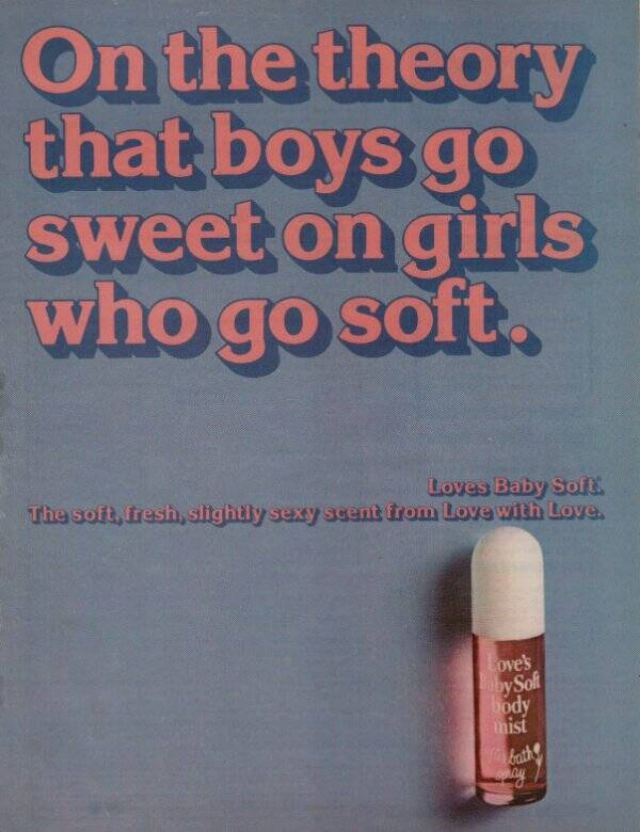 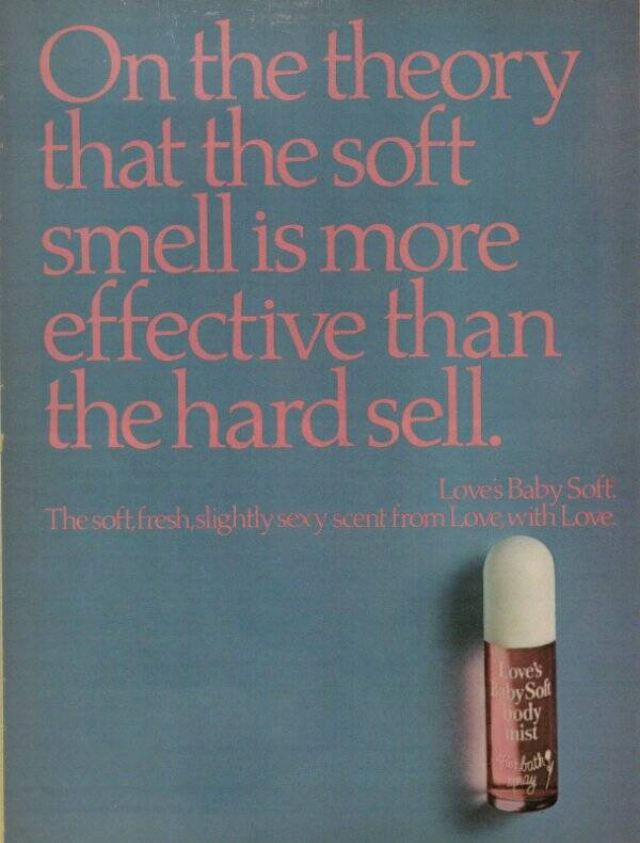 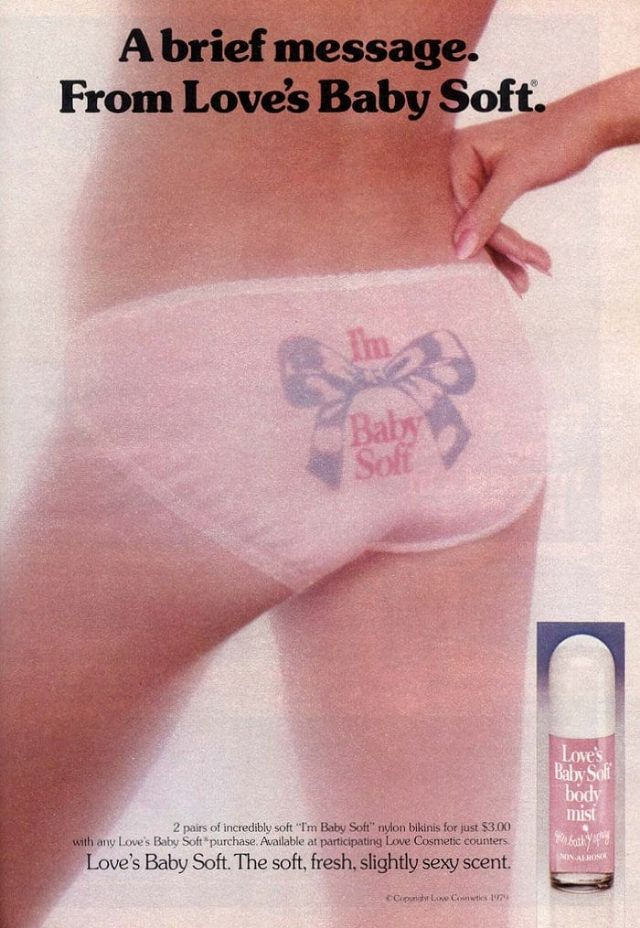 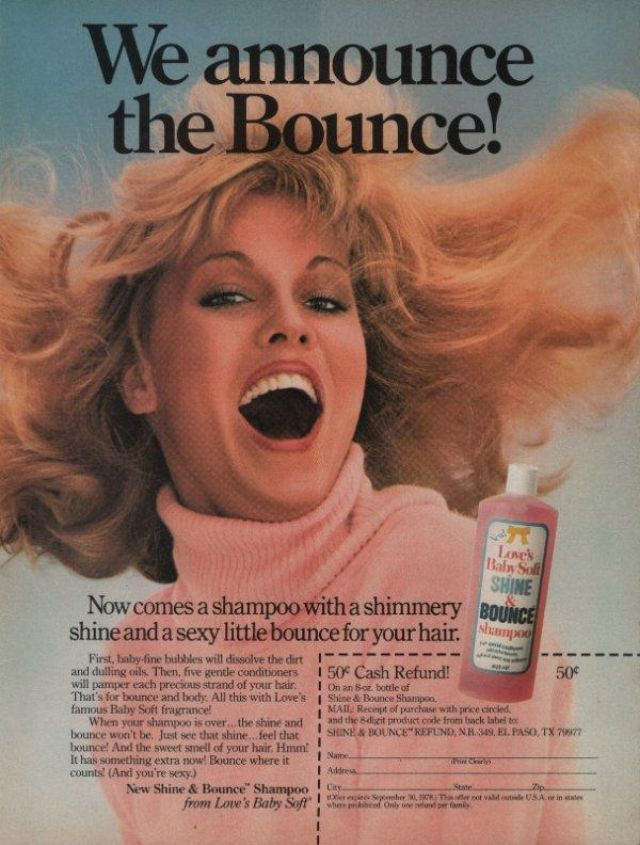 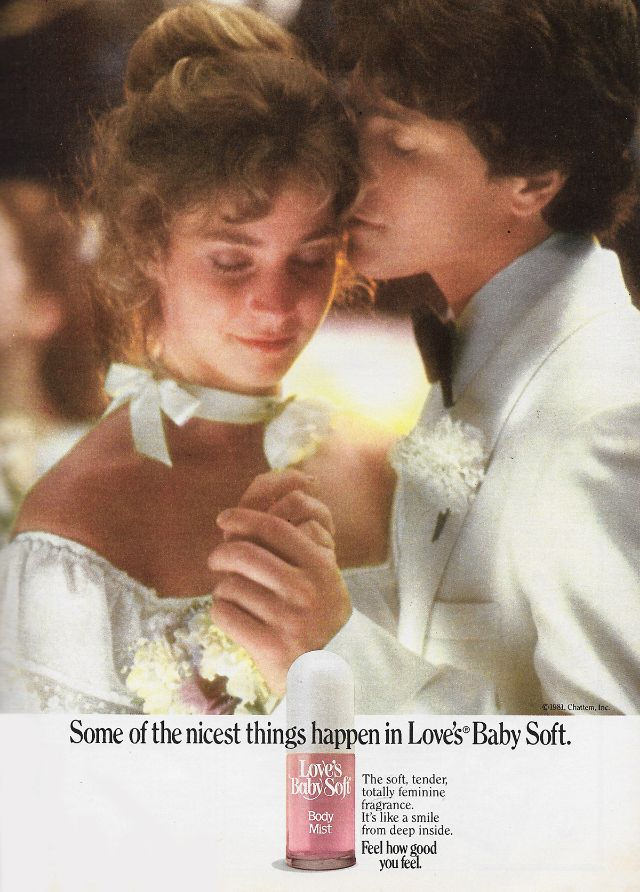 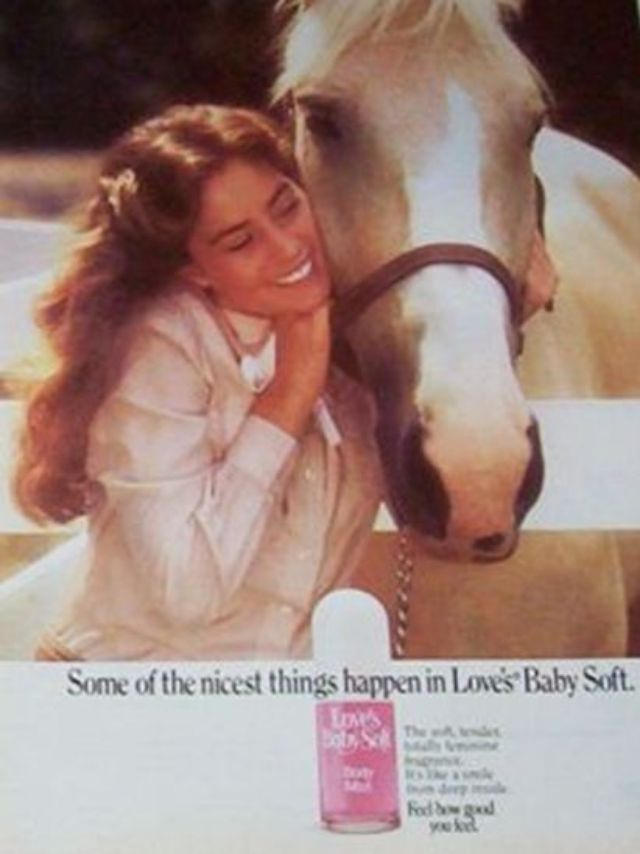 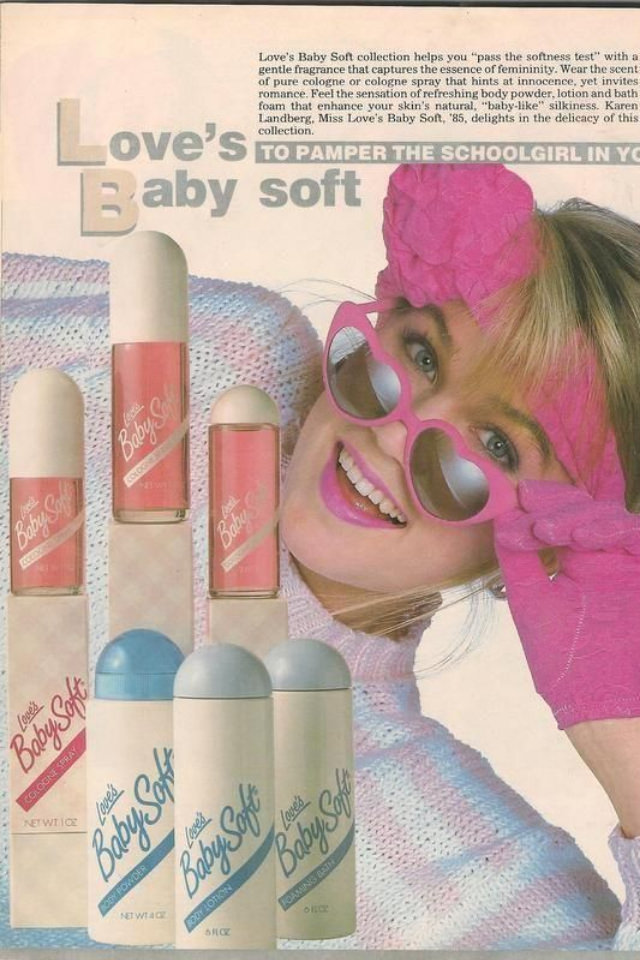 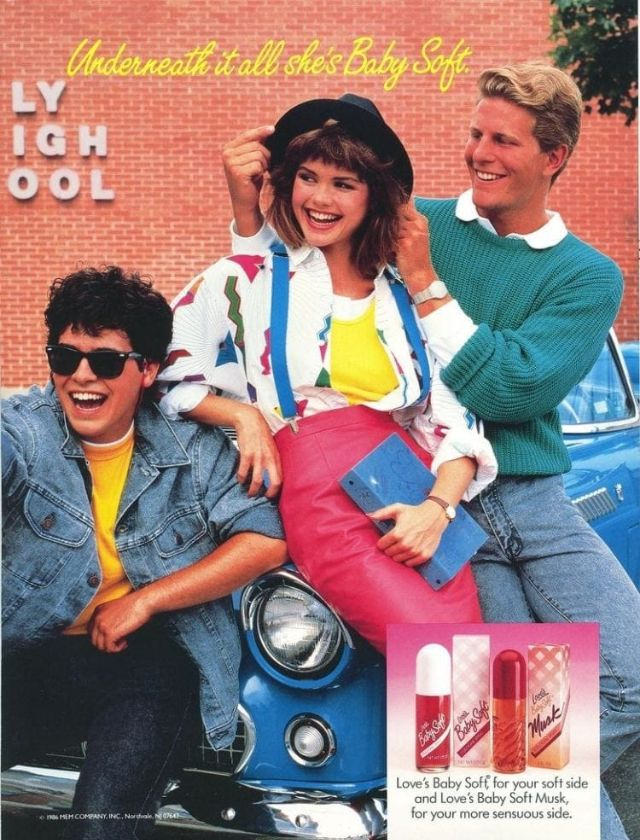 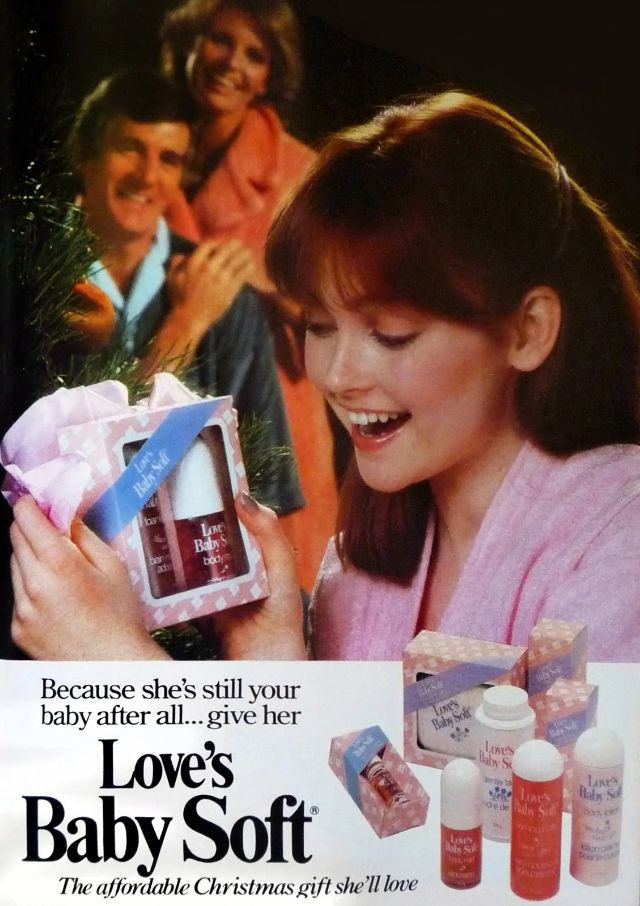 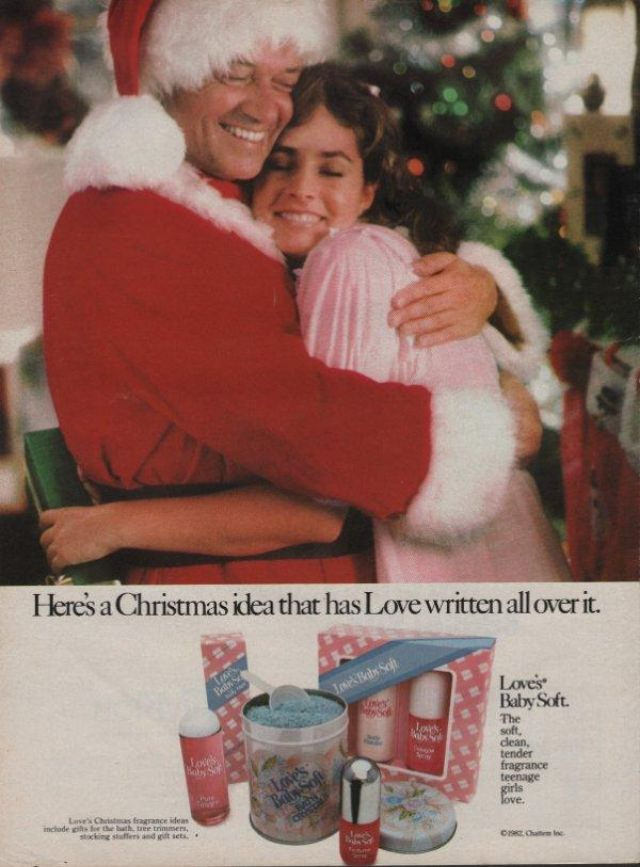 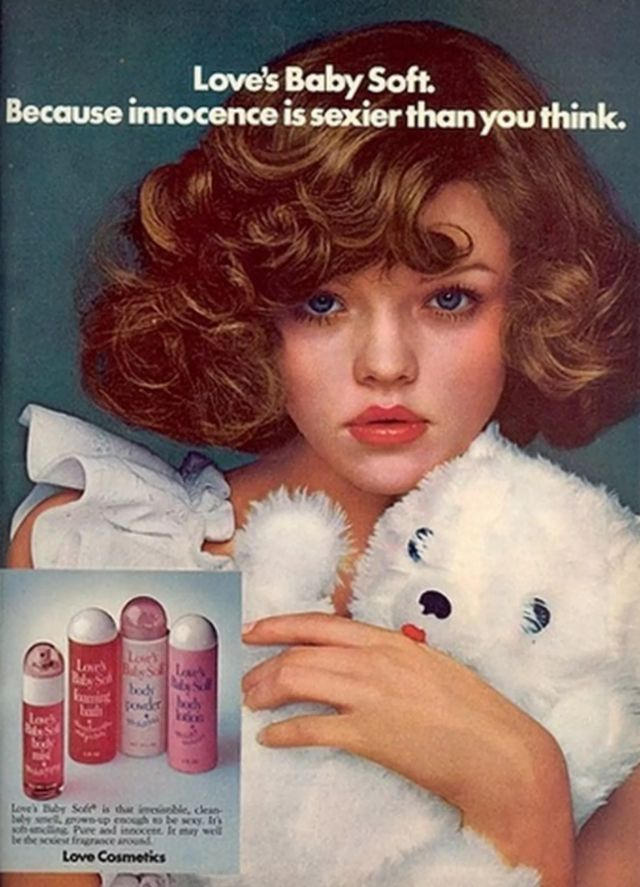