John Paul Getty Jr. and Dutch socialite and model Talitha Dina Pol married in 1966 after years of long-distance romance. In 1970, Patrick Lichfield took beautiful photographs of the couple in Marrakesh, Morocco. It became the model for what later became known as “hippie chic” or “boho chic” over the years.

Despite years of living separately, Talitha Getty asked her husband for a divorce in 1971, but Paul Jr. remained steadfast in his love for her and encouraged her to return to Rome. Talitha’s lawyers suggested that if she could show that she tried to reconcile with Paul, the divorce proceedings would go more smoothly, so she flew to Rome on July 9, 1971.
Talitha was found dead in the Getty’s apartment on Piazza d’Aracoeli on July 11. She may have overdosed on heroin. There was speculation that Paul’s continued heroin use had caused Talitha’s relapse in the Italian press. Talitha’s autopsy was conducted eight months after her death, but this was inconclusive because heroin can persist in the body for months, so that it could have predated her sobriety. Italian authorities investigated Talitha’s death in January 1973. They requested that Paul Jr. be interviewed. In February, Getty fled Italy for the UK, fearing being arrested and prosecuted for his continued drug use. He never returned.

In Marrakesh, Morocco, photographer Patrick Lichfield captured these beautiful photos of Talitha and her husband Paul Getty Jr. on January 15, 1970. 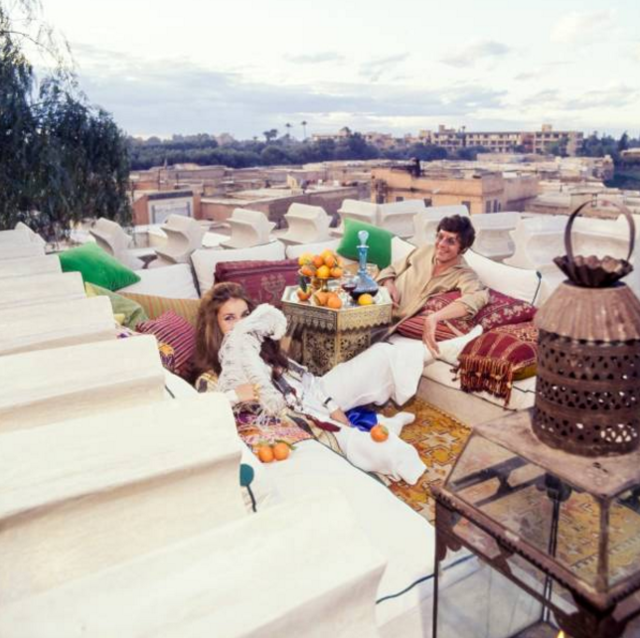