“The Cage” was the first pilot episode of Star Trek, broadcasted after 23 years of its making. It was completed in early 1965; however, it was rejected by NBC, and they made another episode, “Where No Man Has Gone Before,” and “The Cage” was broadcasted later in 1988. “The Cage” wrapped in a two-part series story called “The Menagerie,” this gallery is composed of souvenirs from the filming of the first pilot original footage in late 1964 and completion of f/x in early 1965. Have a look at these rare behind-the-scenes photos from the making of The Cage. Vote your favorites. This was the most colorful, showing what ultimately was a discarded effect using multiple, different color fills for each person within a red outline being “beamed” out or in via a shimmering column. Visible in this shot are the spotlights above the set, the edge of the artificial rock surrounding Pike’s cell, and some elements of the soundstage. This is of course Vina playing the “damsel in distress” role for Pike’s illusion version of the battle on Rigel VII. 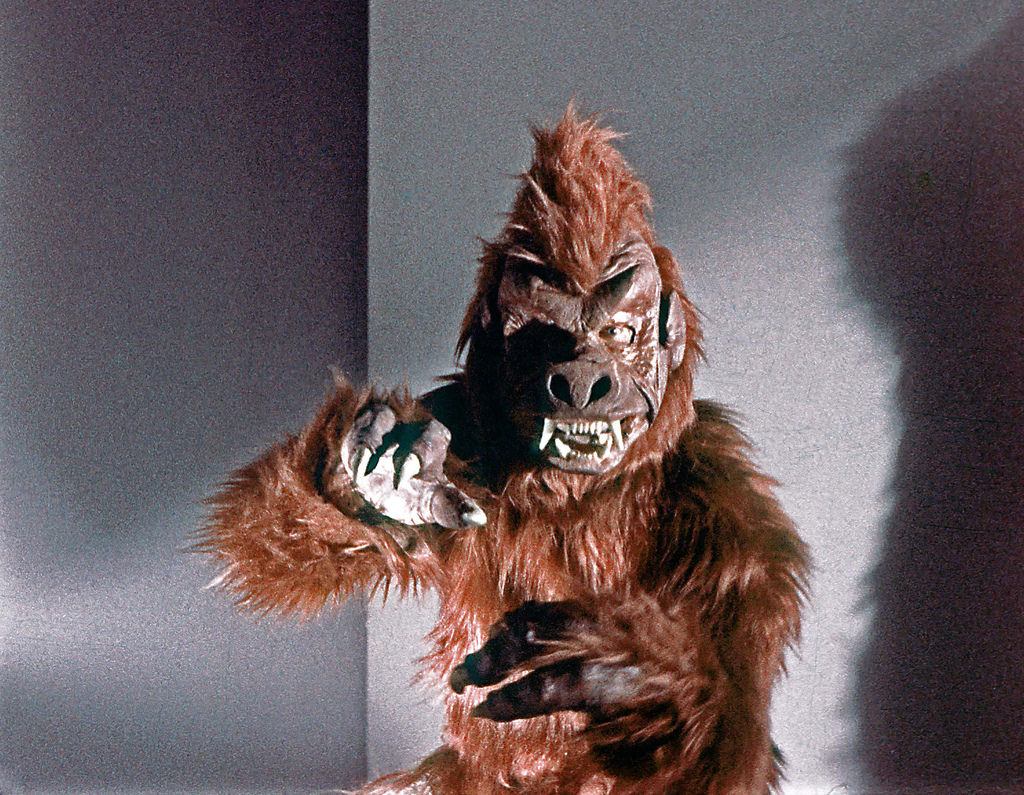 This costume was originally from The Outer Limits. It was used for this scene where the creature was obviously a fellow prisoner of a different species (this is a different though similar pose to that used) and also was used as an illusion by The Keeper as Pike strangled him. This scene and the servants were not shown, even in the pilot reel. Note the multiple eyebrows! the script calls for an introduction that shows servants attending Pike, Vina as the slave dancer coming out and acting cat like and snarling at them to chase them away, Pike’s personal servant brandishing a whip to settle her down and focus on her dance, and ultimately her doing the dance we see in the pilot. This scene shows Laurel Goodwin as Yeoman Colt and Majel Barrett in her original role as Number One, a lieutenant, executive officer, and presumably second in command, in the briefing room of the Enterprise after Captain Pike has been captured on the Talos IV planet surface. In this shot the band and instruments can be seen in the background, and most obvious here are the long and (of course) green nails both shadowed and reflected in the stairs and floor below.