On 6 February 1958, British European Airways Flight 609, carrying the Manchester United football team along with supporters and journalists crashed in thick snow at Munich Airport. 23 people lost their lives including eight Manchester United Footballers. The tragedy happened when the team was making its way back from a European Cup game.

In early 1958, the Manchester United team also knew ‘Busby Babes’ eliminated the Red Star Belgrade of Yugoslavia in the semi-finals and they were returning to Manchester along with other passengers including supporters and journalists. They boarded on British European Airways plane Flight 609. The aircraft was a six-year-old Airspeed Ambassador 2, built-in 1952. The pilot, Captain James Thain, was a former RAF flight lieutenant. They flew from Belgrade airport to fly back to Manchester.

At around 1.15 pm the plan landed in Munich for refueling. After the aircraft had been refueled the crew attempted to take the aircraft but they failed a second attempt was made three minutes later but it also failed.  The passengers alighted from the plane, but they were called back after 15 minutes because the pilot Thain was anxious to stay on schedule and he made the third attempt. A few of the players were not confident fliers, particularly Liam Whelan, who said, “This may be death, but I’m ready”.

the snow had caused the runway to be carpeted in a thick blanket of slush, and the plan did not reach high enough speed to take off. As a result, the aircraft skidded at the end of the runway, crashing through a fence surrounding the airport and into a nearby house. The plane and the house caught fire. Twenty passengers including seven Manchester United players died immediate tragedy, three died later in the hospital. Duncan Edwards died 15 days later in the hospital. The pilot James Thain survived but co-pilot Captain Kenneth Rayment died from his injuries 28 days later.

After the crash, an investigation committee was formed to investigate the incident and they initially blamed the pilot, Thain, and German airport authorities. However, the pilot was cleared a decade later when subsequent investigations revealed that the crash was caused by the slush on the runway which slowed down the aircraft.

Here below are some historical photos from the crash site, players, and the aftermath. 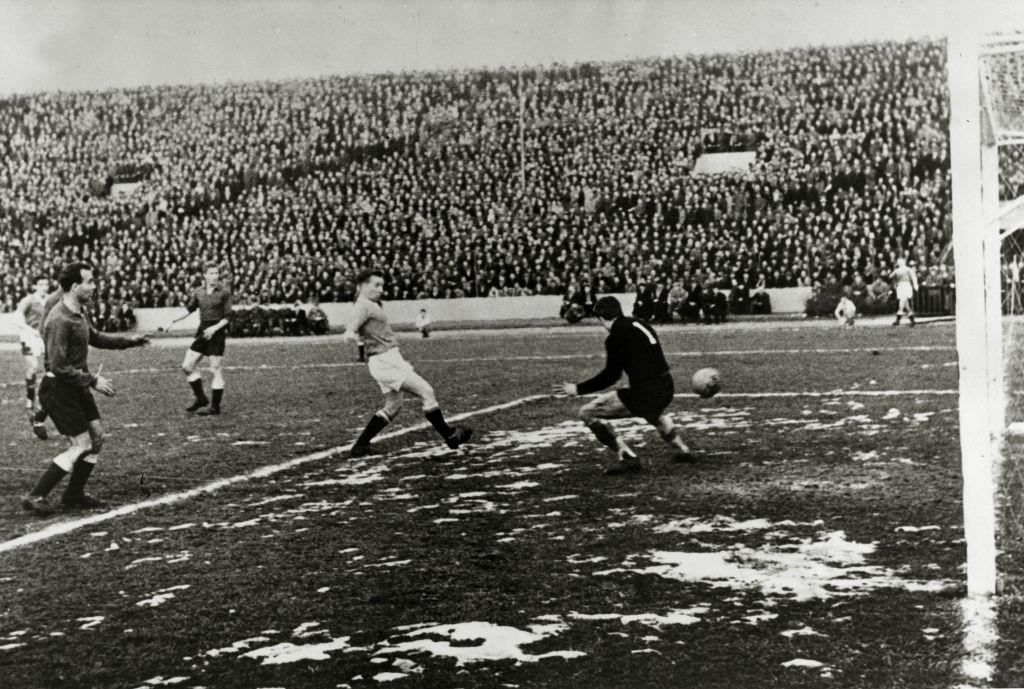 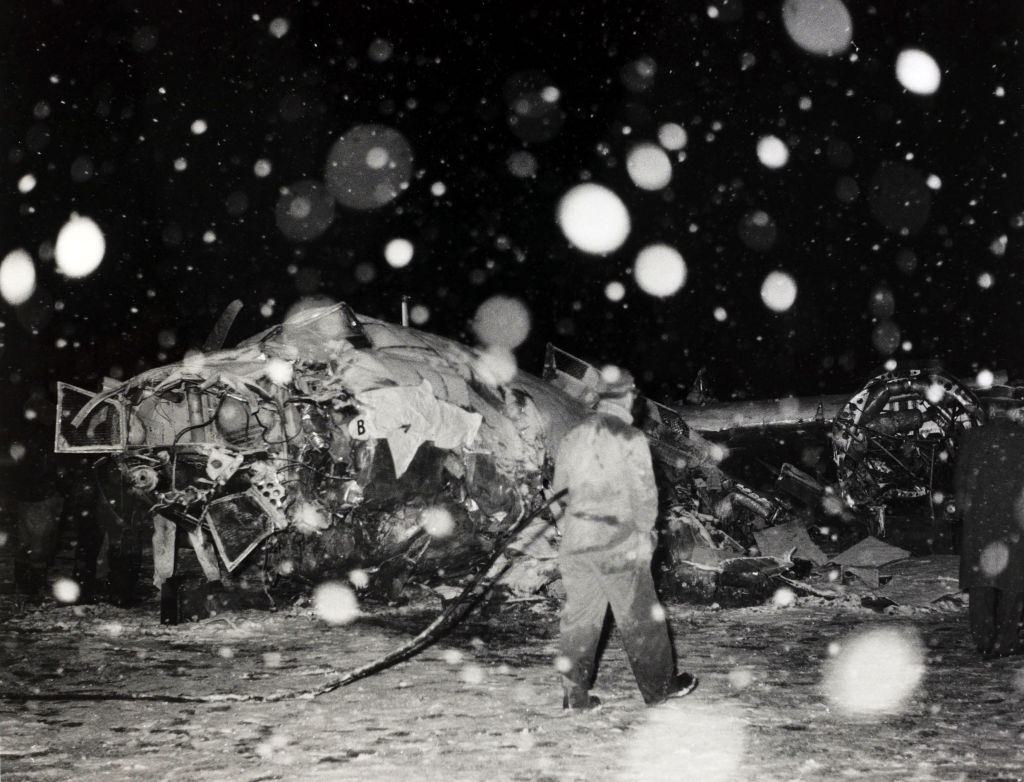 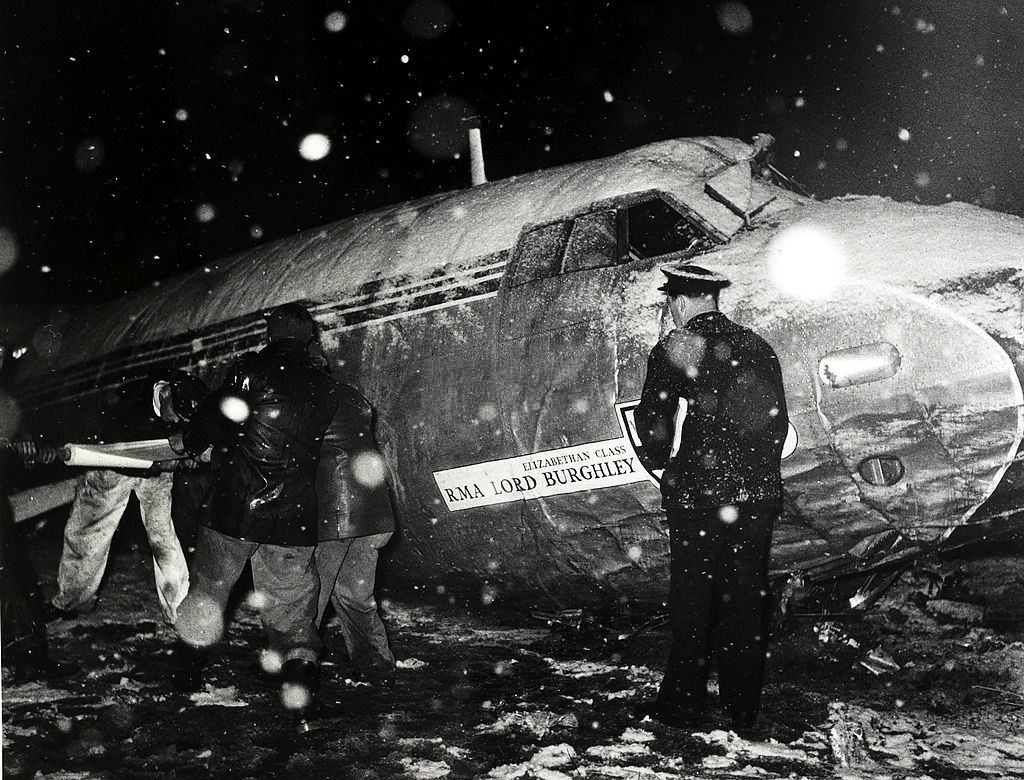 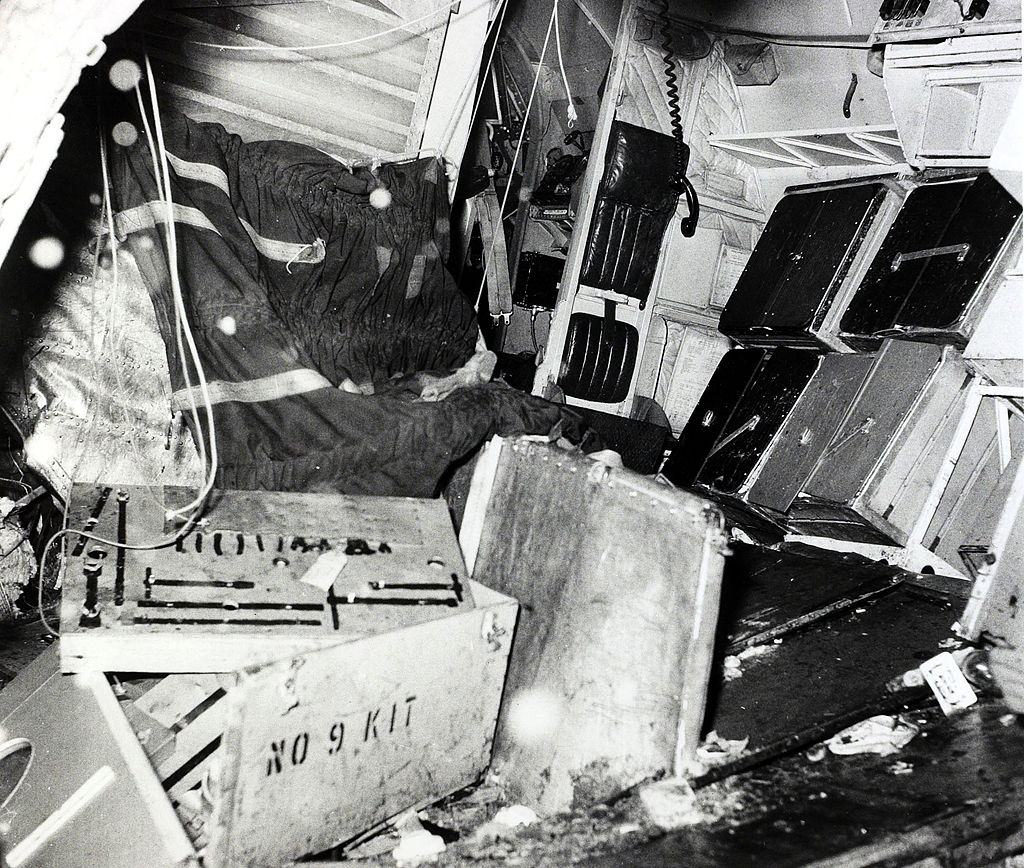 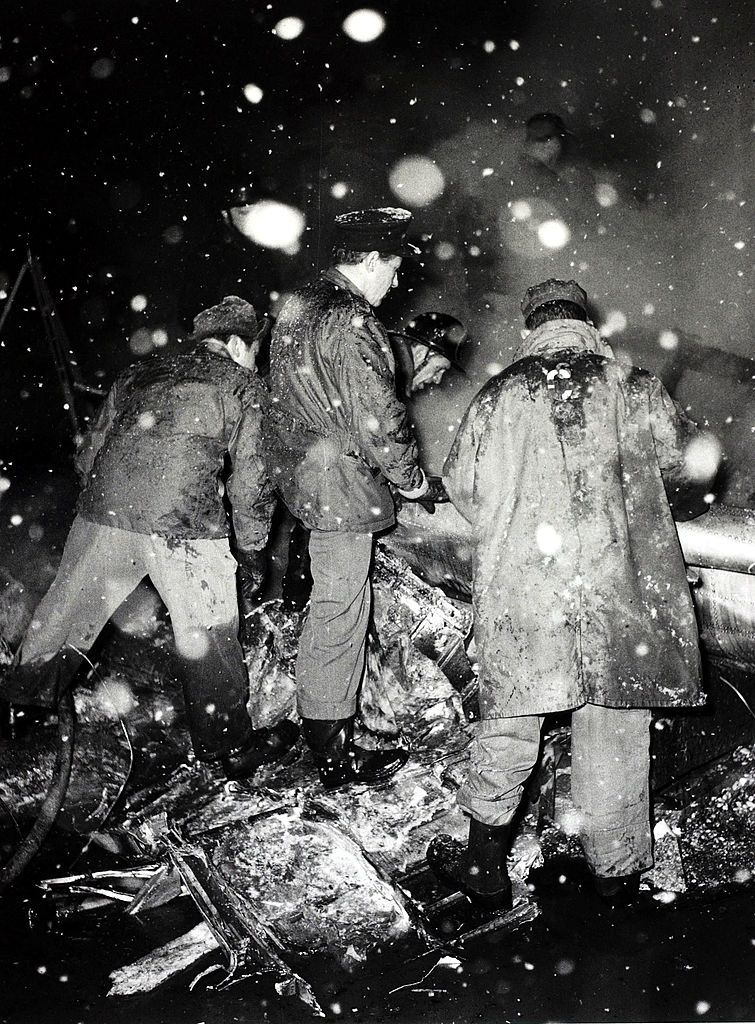 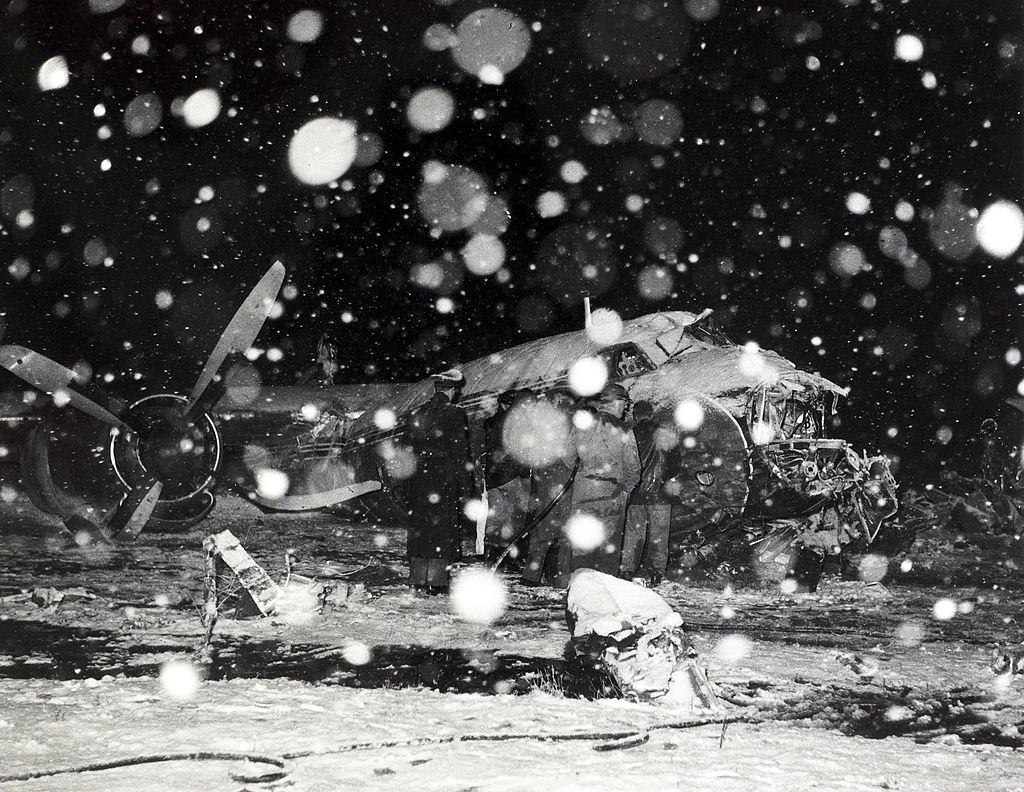 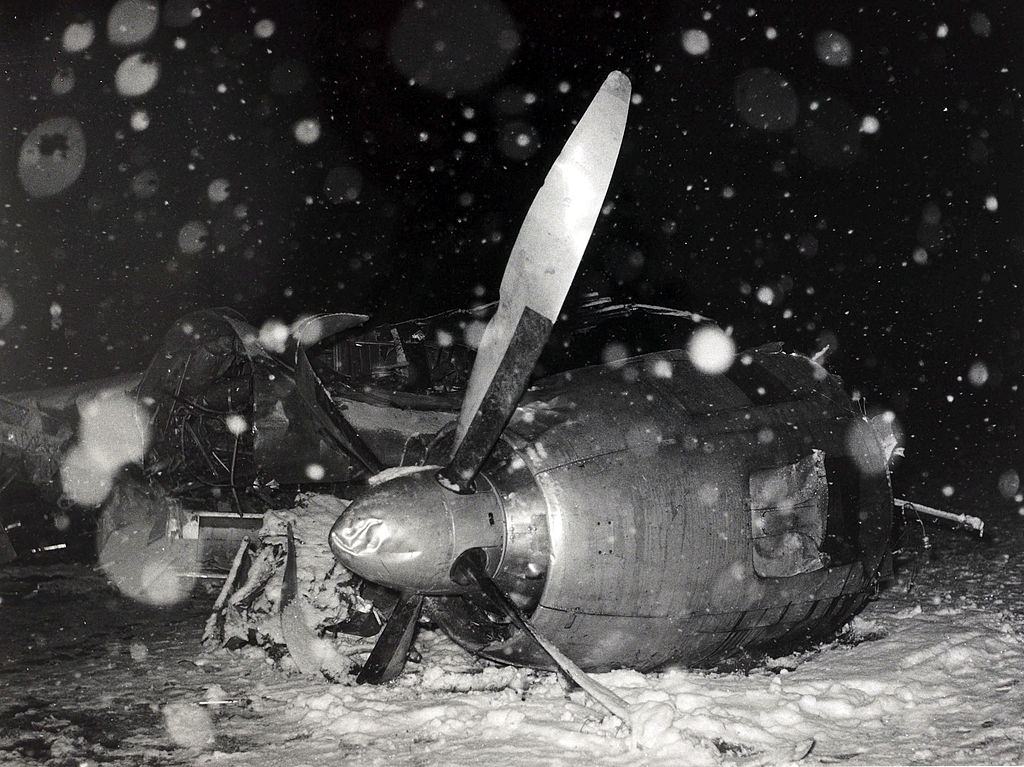 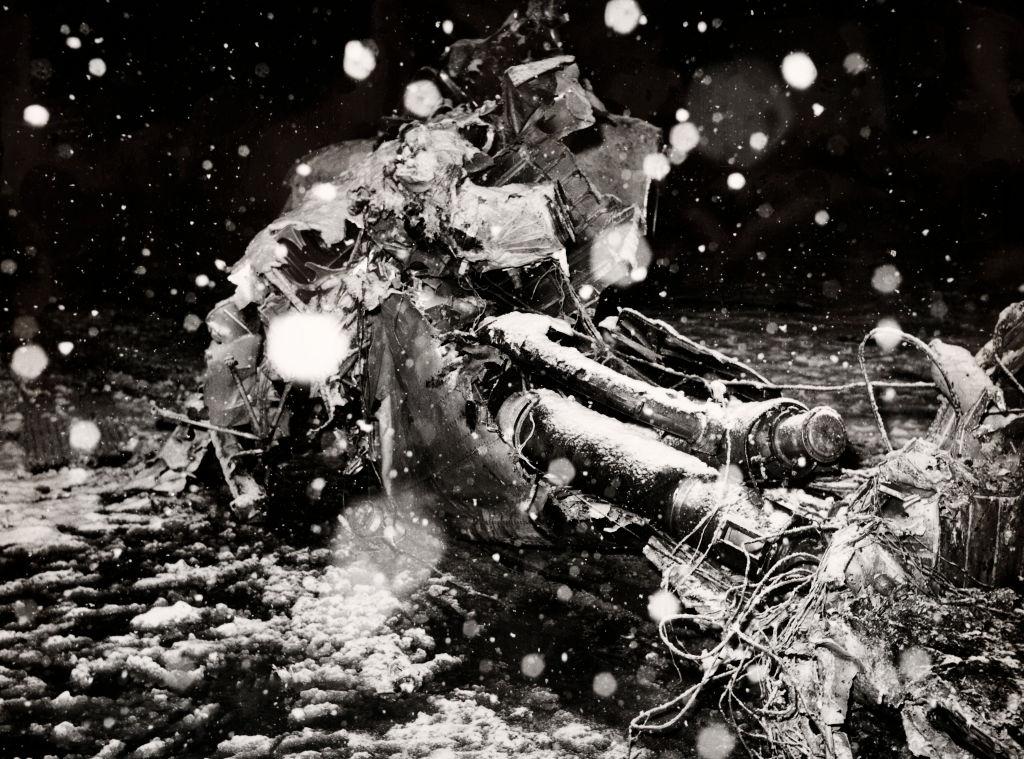 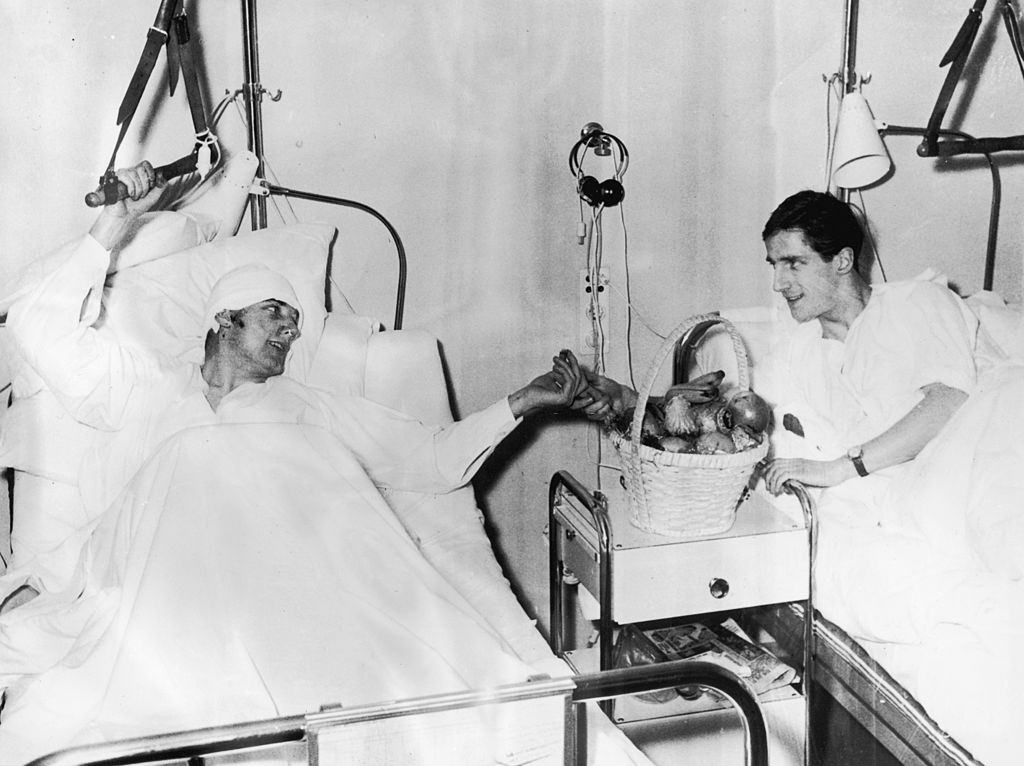 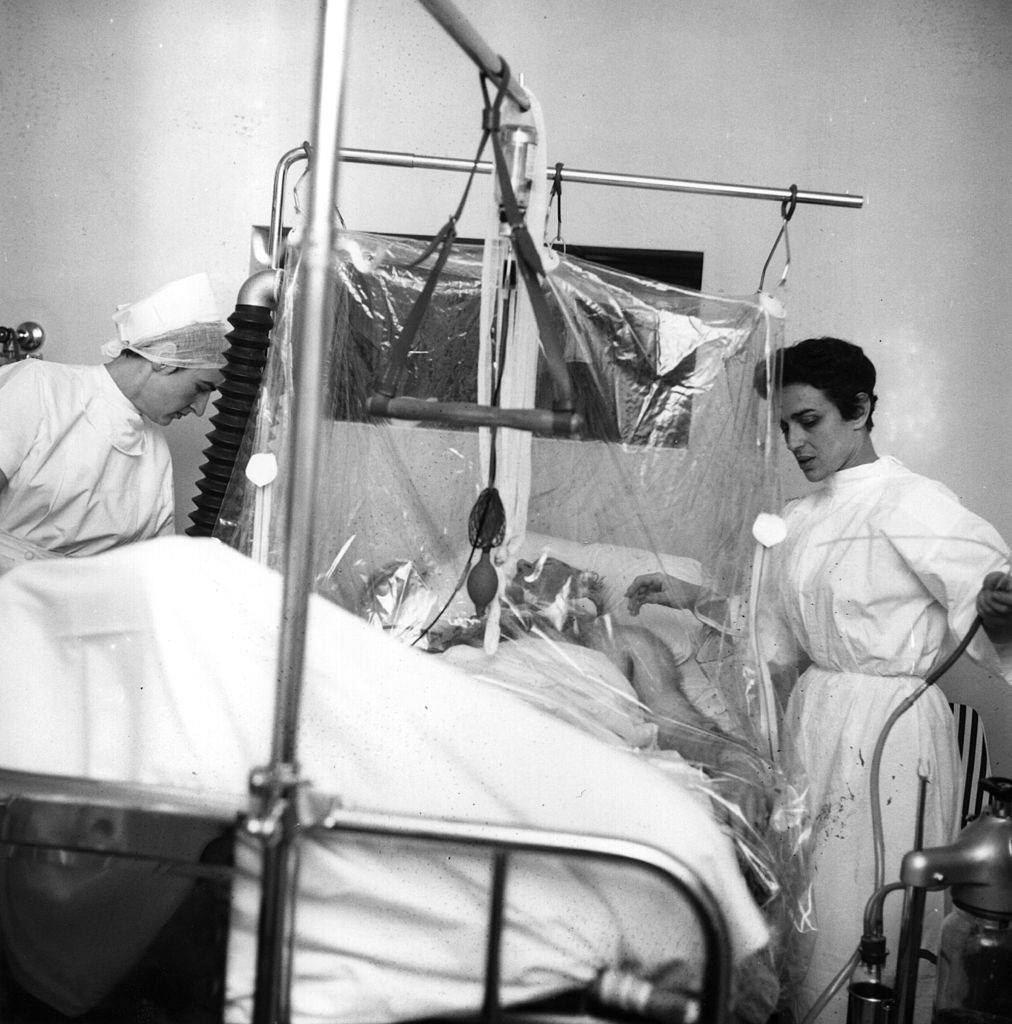 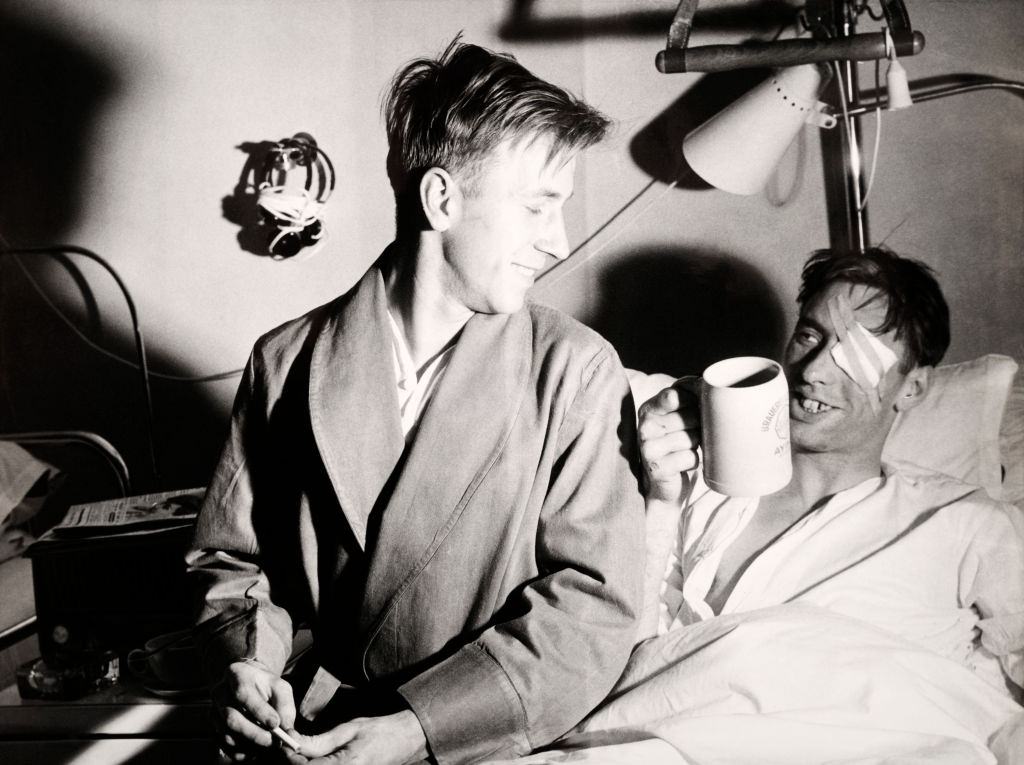 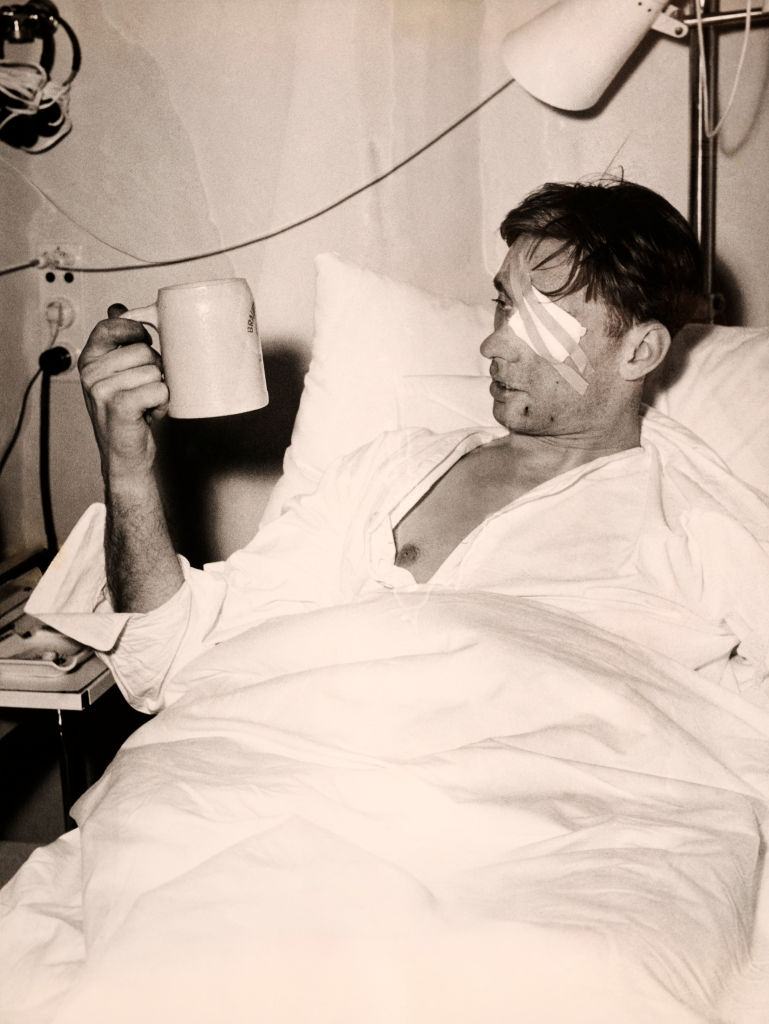 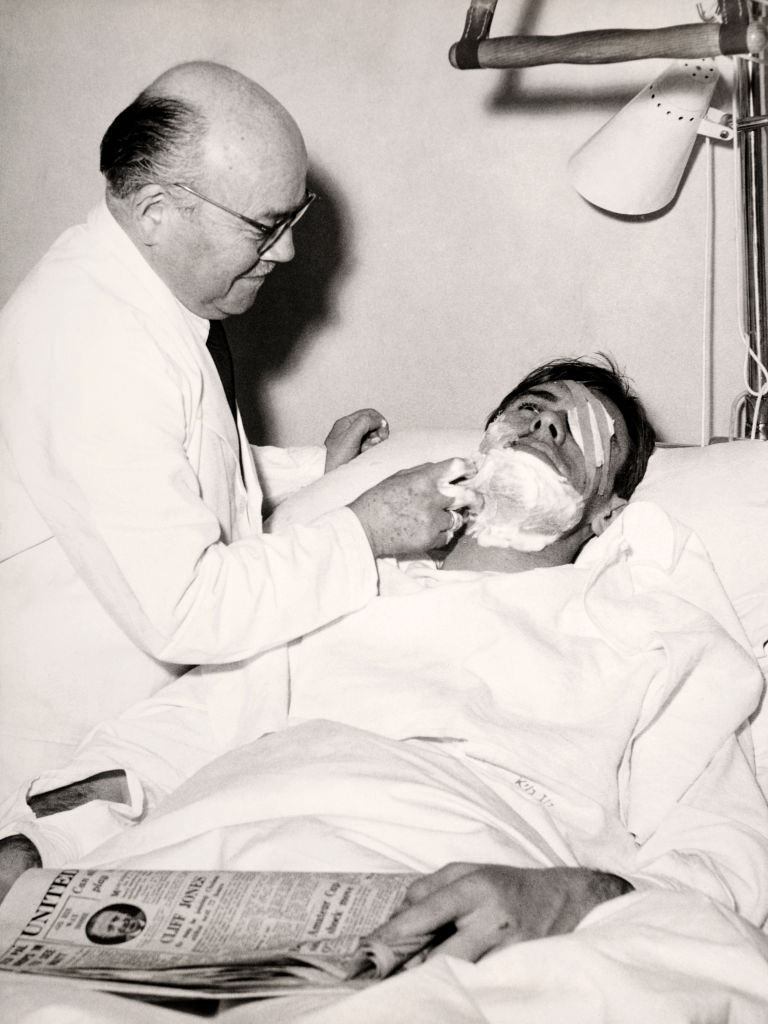 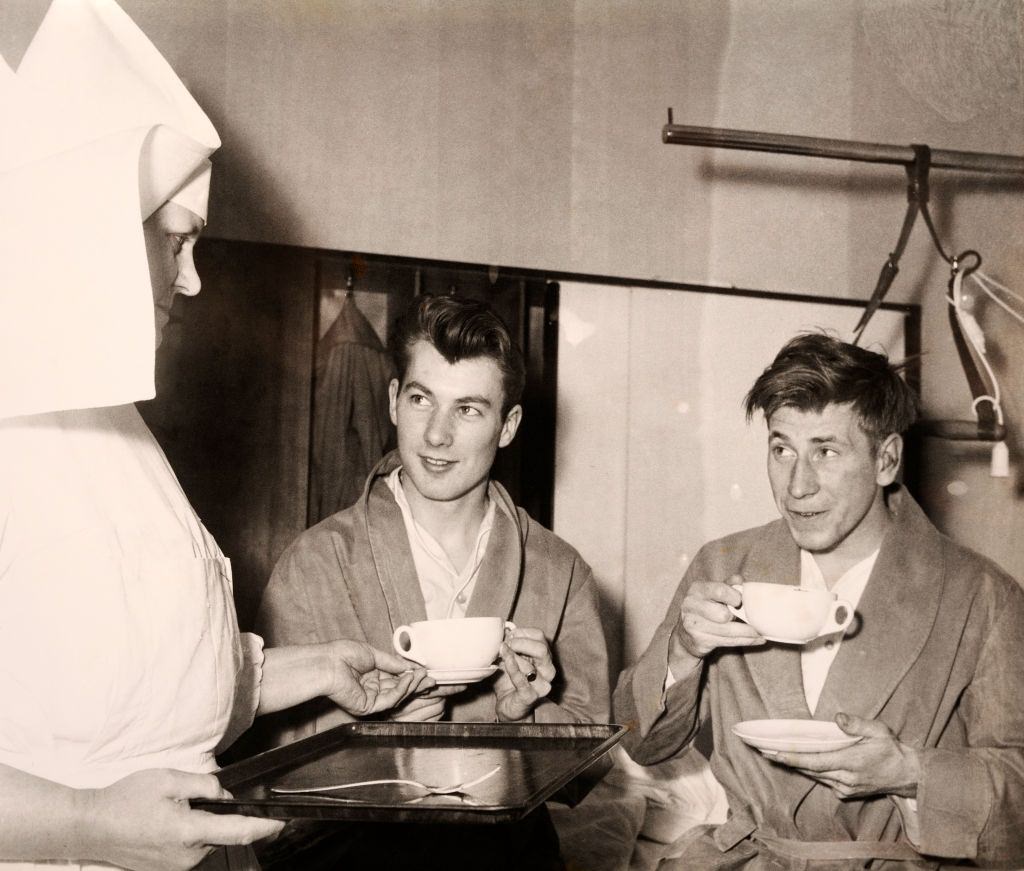 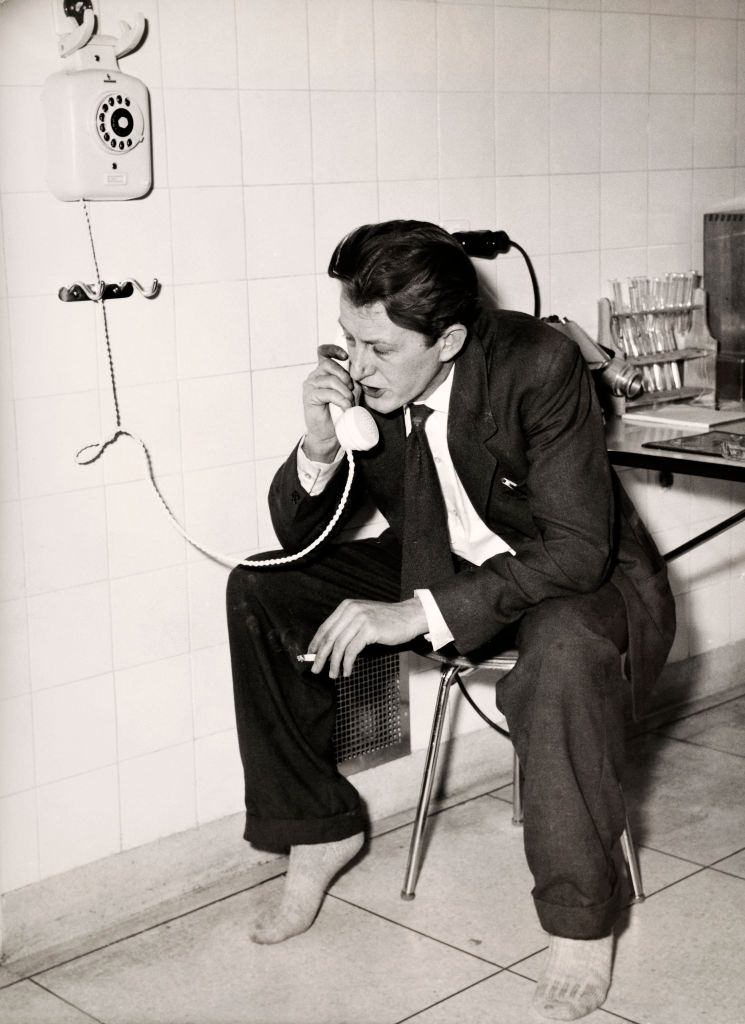 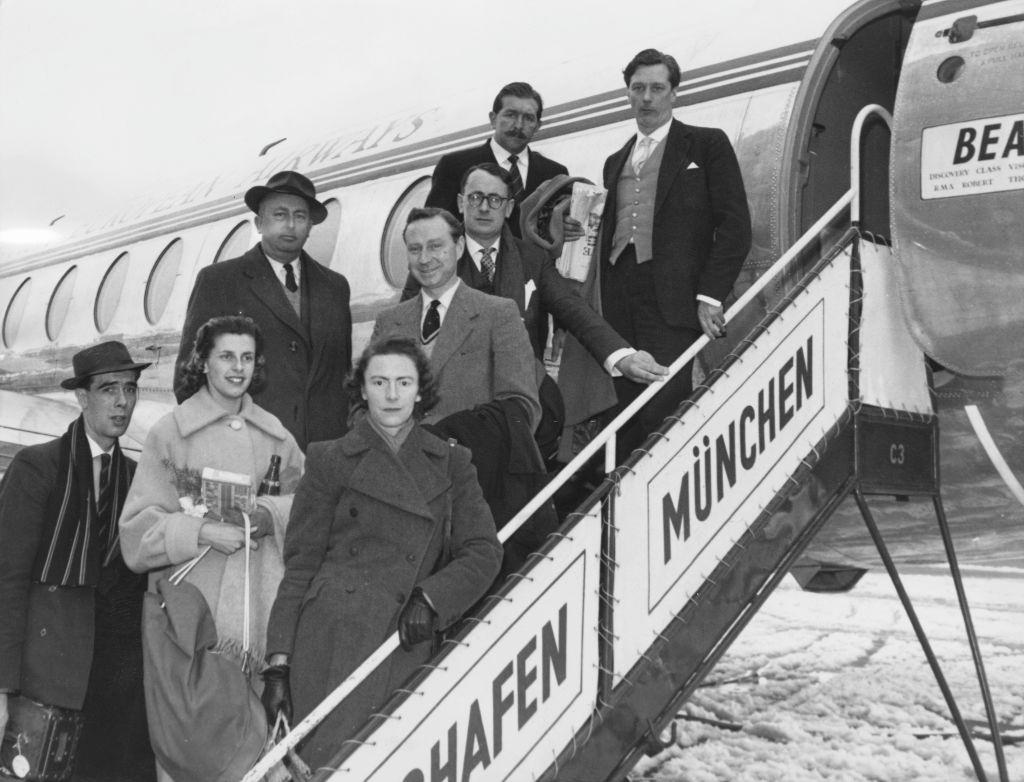 At the top left is Captain James Thain, the pilot on the ill-fated flight, in the light jacket is wireless operator George W. Rogers and in the foreground are stewardesses Rosemary Bellis and Margaret Cheverton. 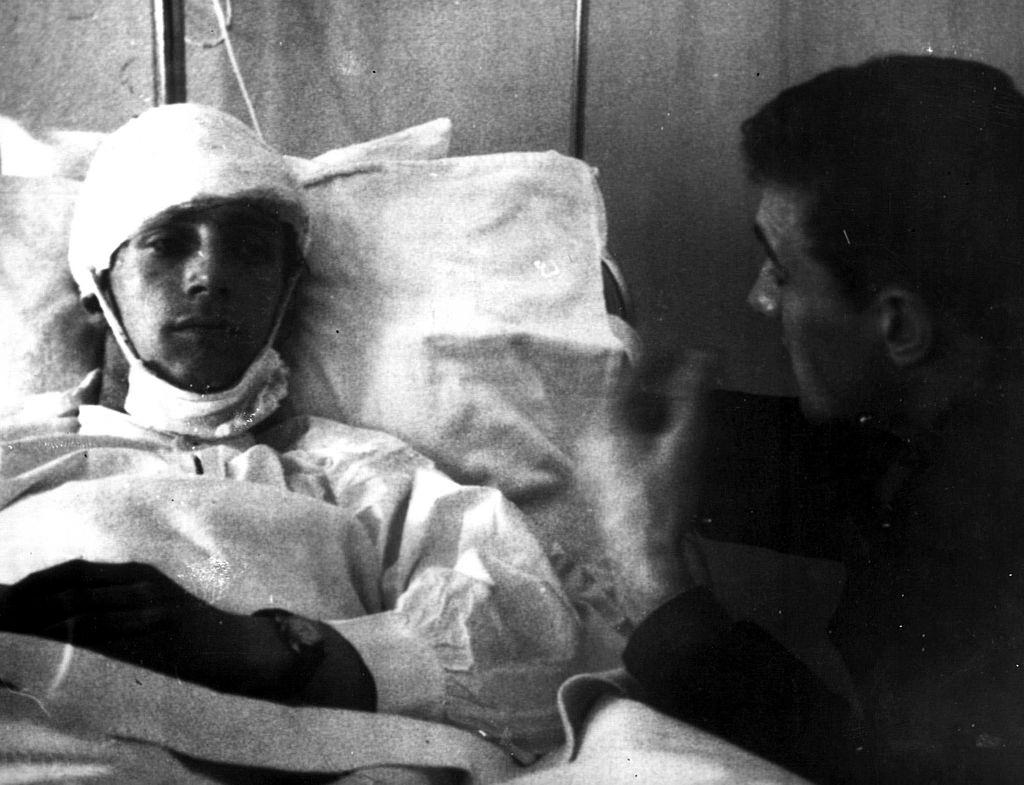 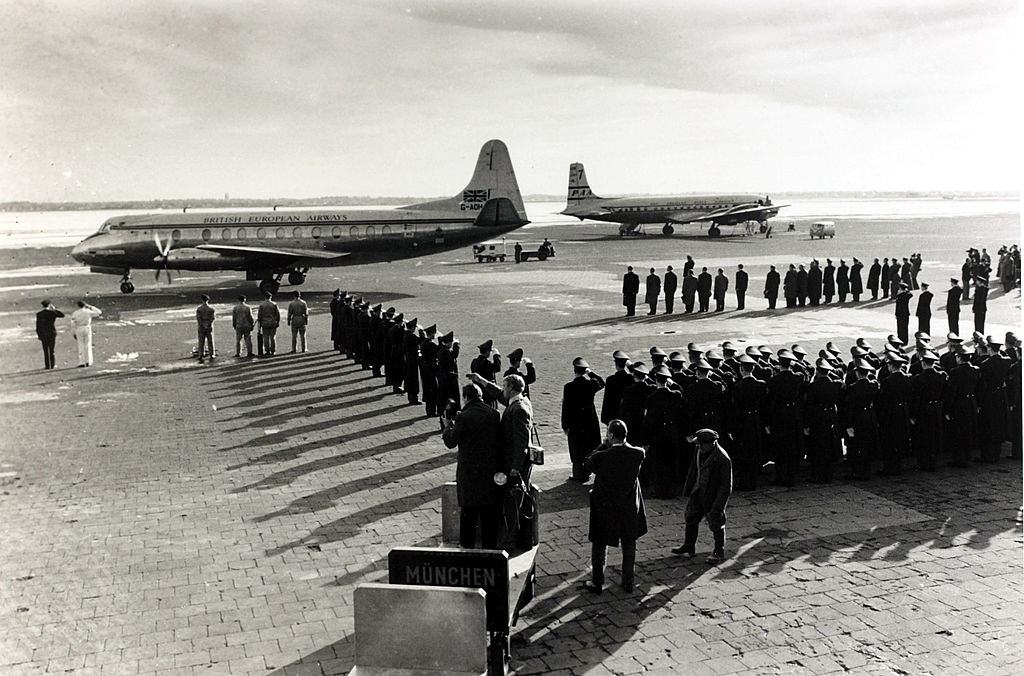 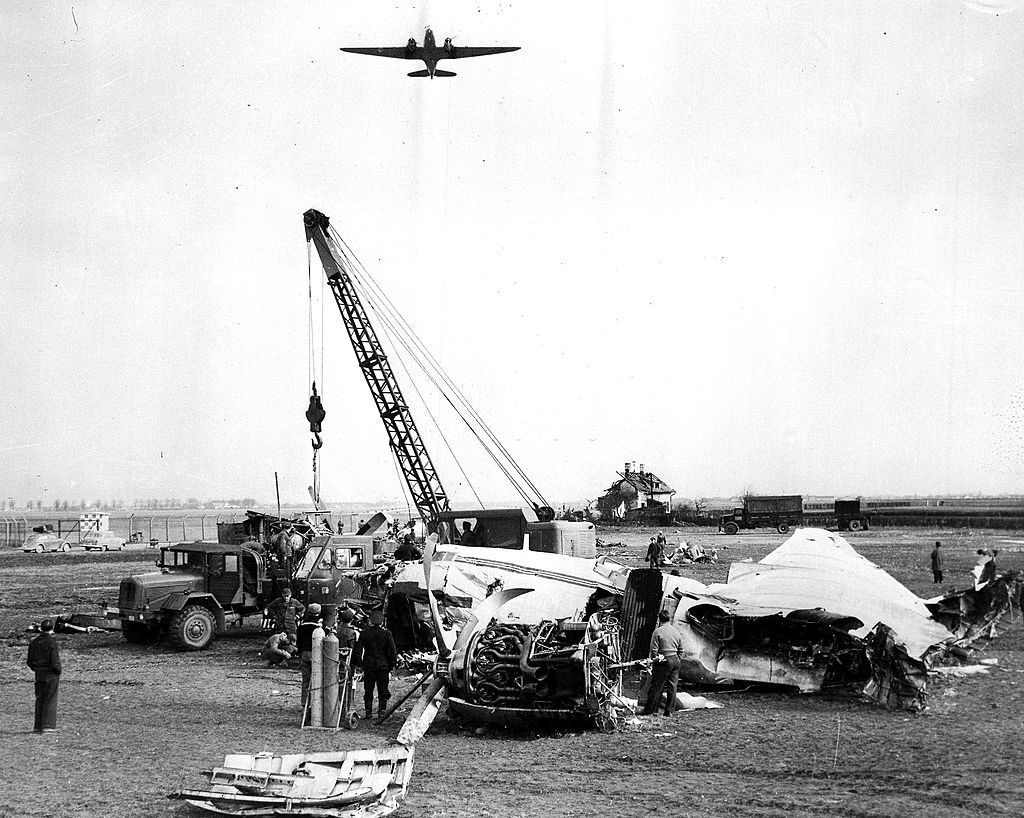 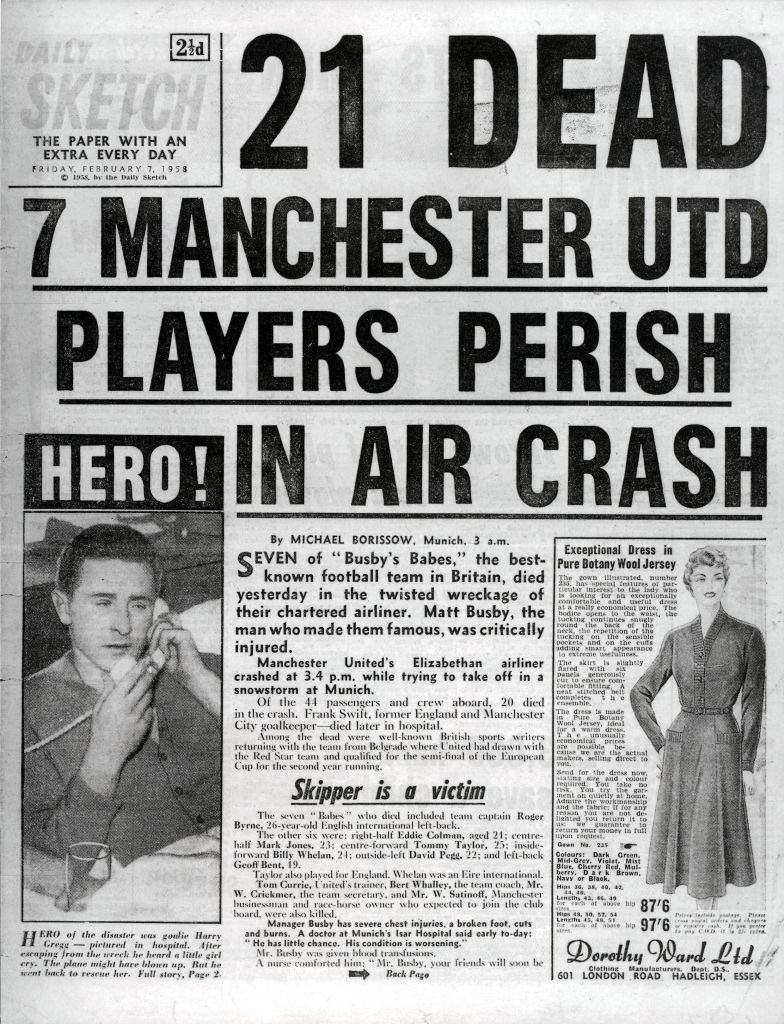 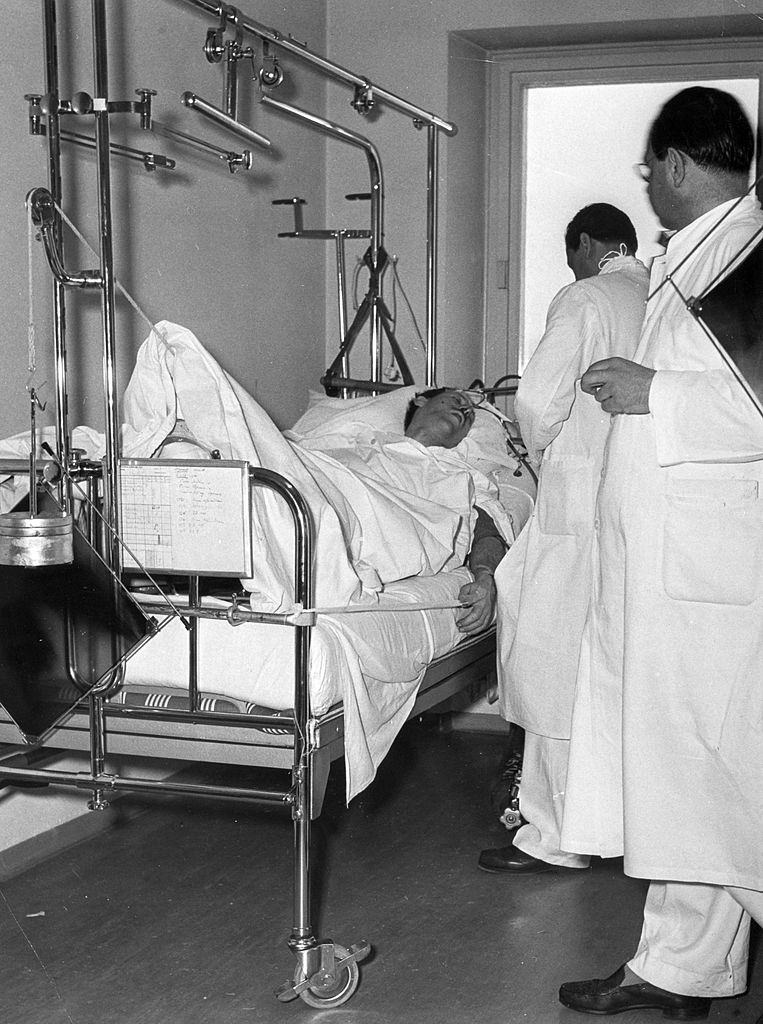 Captain Ken Rayment lies injured in hospital in Munich, Captain Rayment was co-pilot of the plane. 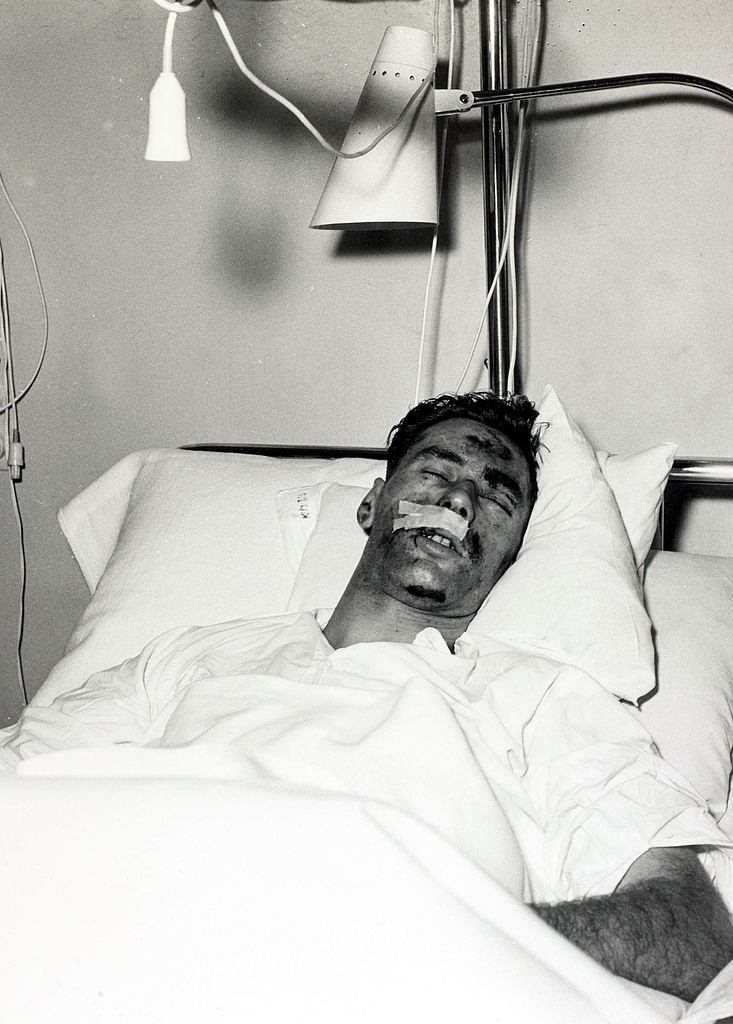 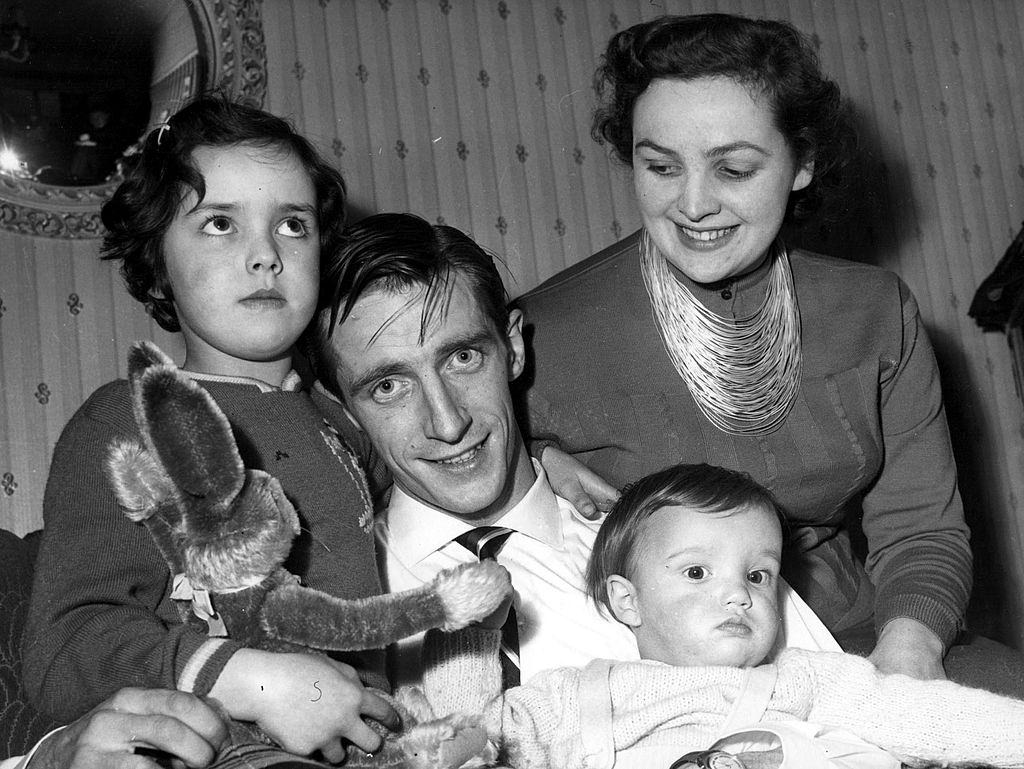 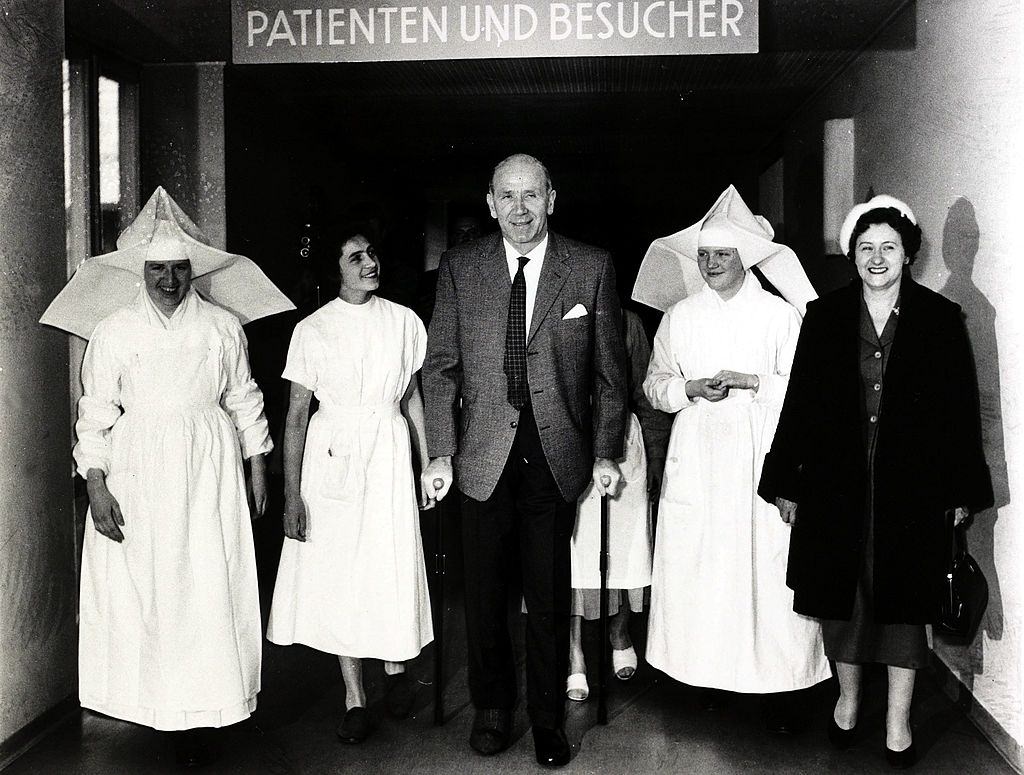 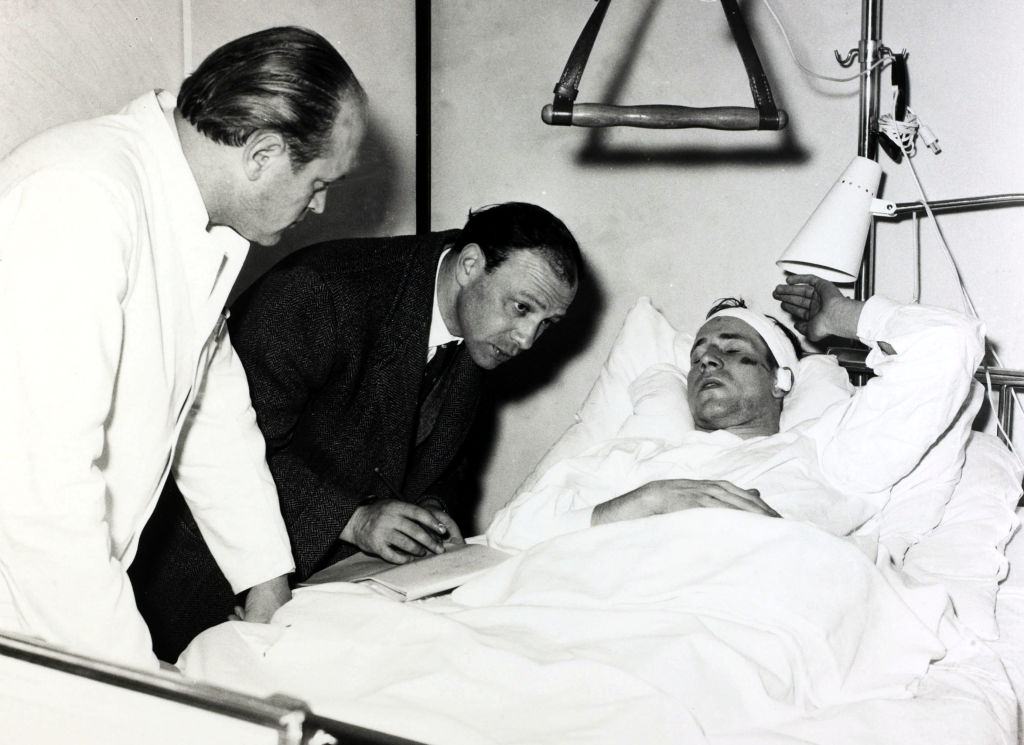 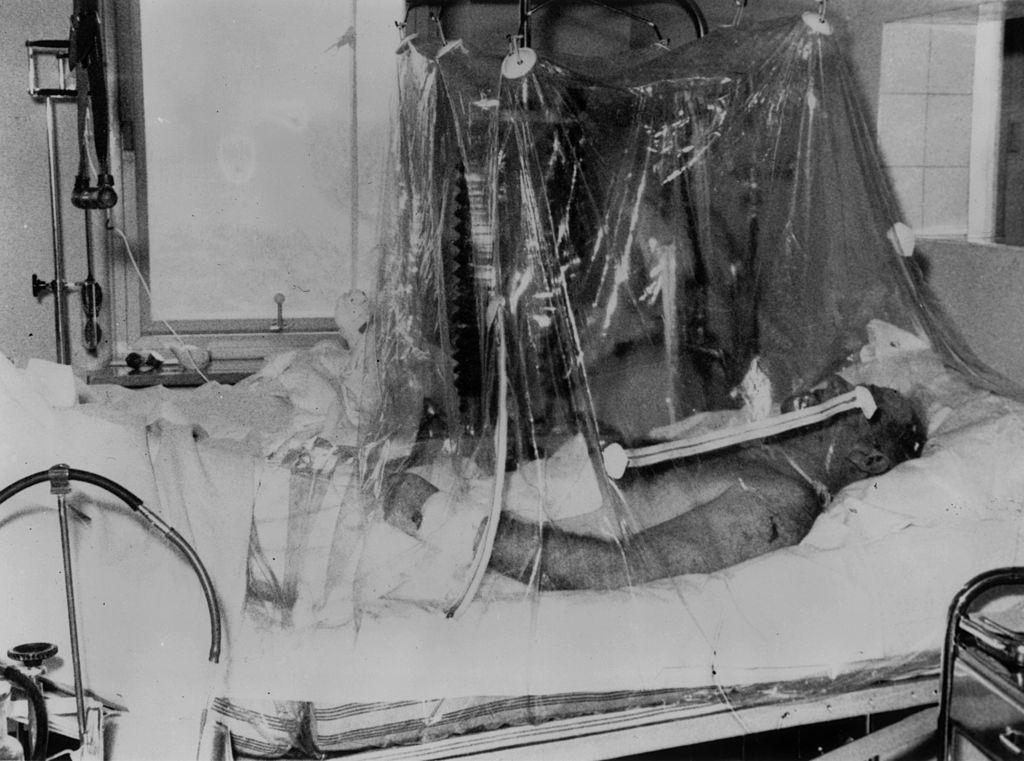 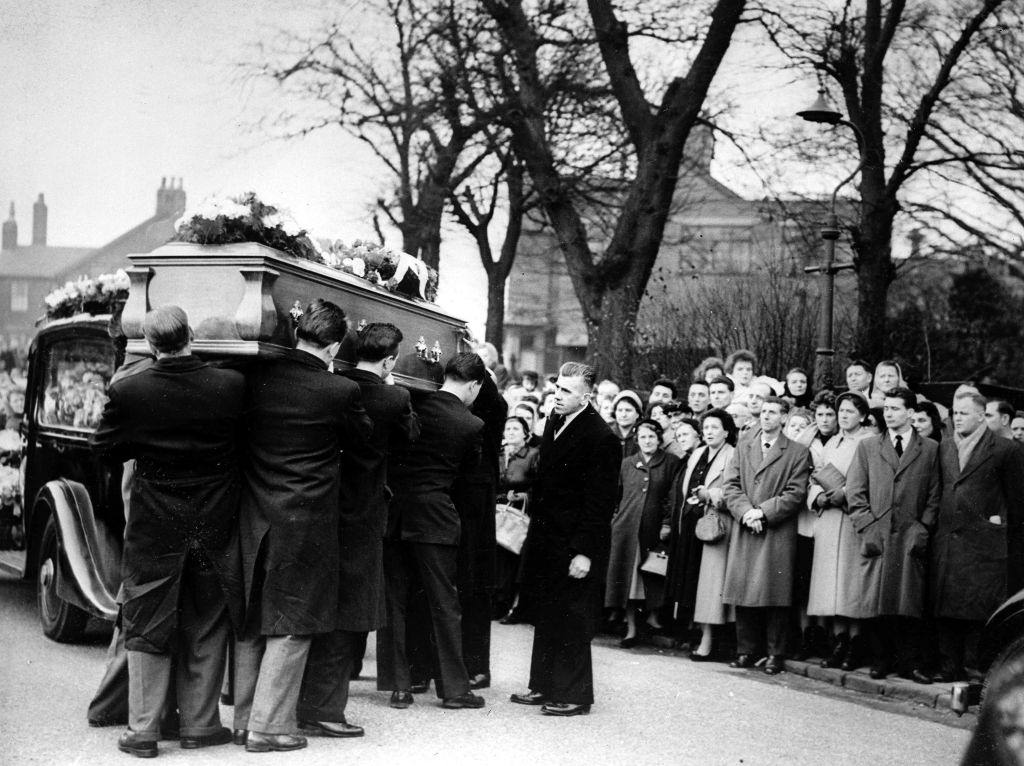 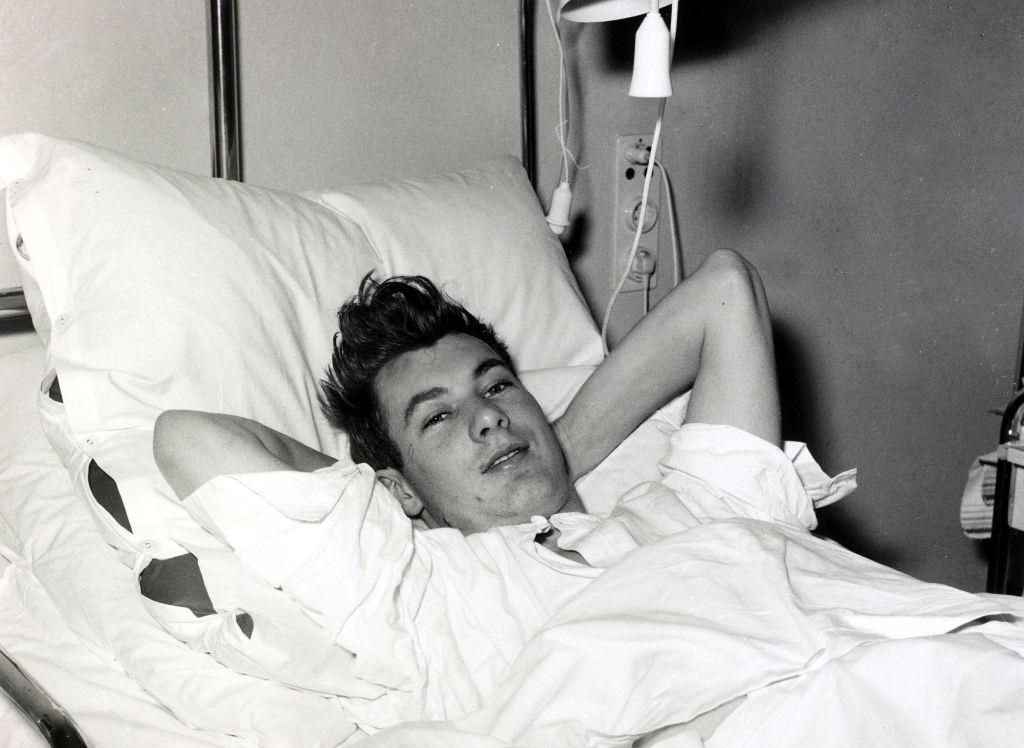 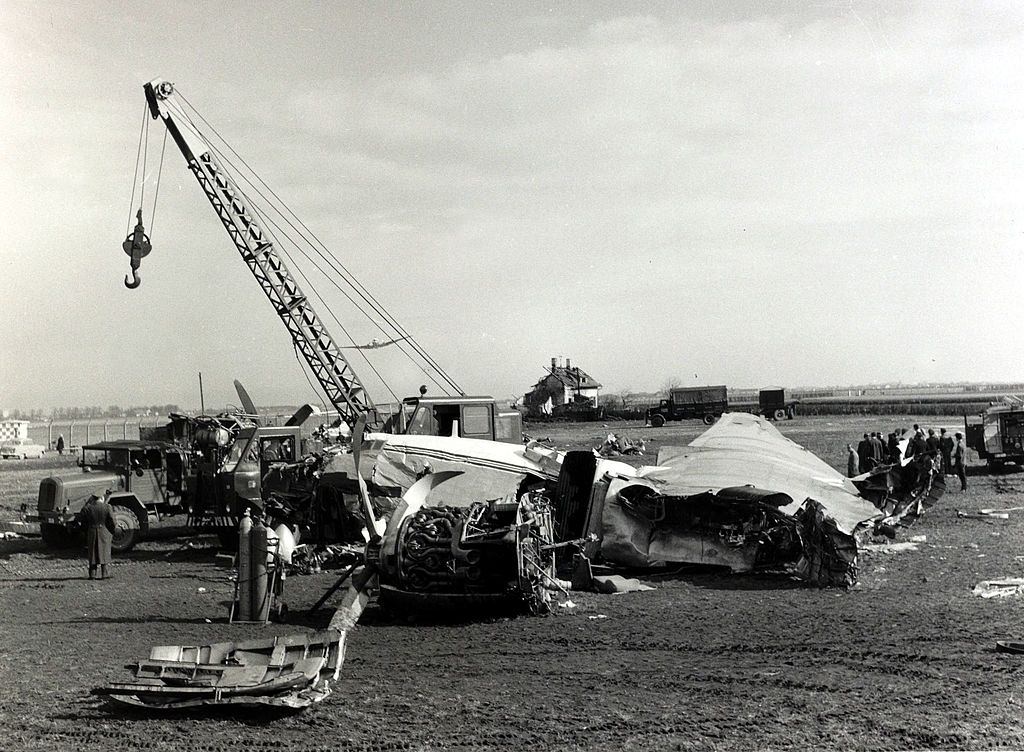